The Austrian-Hungarian Empire was one of the world’s greatest powers for centuries. Ruled by the Hapsburg Monarchy, this dynasty controlled central Europe from the 16th to the early 20th century. This area has been making wine for over fifteen hundred years. While borders and politics have shifted, Austria and Hungary are now moving to the forefront in a different arena. Both countries are producing world-class wines. Many in-the-know-oenophiles have fallen in love with Austria’s darling white varietal, Gruner Veltliner. Even some wine experts, however, might not be privy to the fact that a Hungarian red recently beat out Bordeaux’s illustrious Chateau Petrus in a blind-tasting. If you think of Hungarian wines as sweet or insipid, you’re two decades too late.

From a culinary point of view, Austria & Hungary offer a fascinating gastronomy reflecting their earlier vast Kingdom. Hungary’s cuisine is especially interesting due to Turkish influences such as paprika and phyllo. Austrian pastries rival the best of France. (In fact, the croissant is originally from Austria.) For foodies, Austria offers an interesting mélange of its neighbors---Italy, Switzerland, Slovakia, the Czech Republic, and Germany.

The time of year for this tour has been carefully chosen to coincide with the grape harvest, the majestic early autumn colors, the reduced number of tourists, and the favorable temperatures of idyllic September. The trip will begin in Budapest and end in Vienna. You should consider arriving early, or staying after the trip has finished to experience these two wonderful cities. 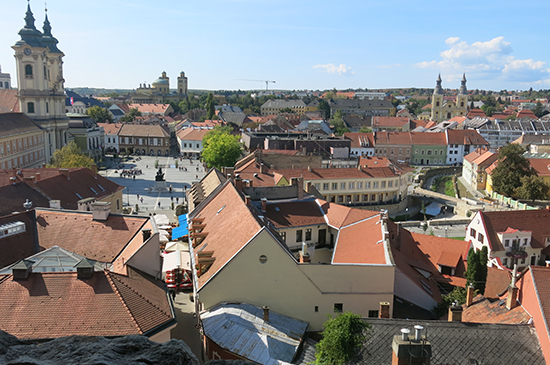 Morning: The trip begins in downtown Budapest, however, we’ll leave the city immediately and head east toward one of the country’s most famous wine areas, Tokaj. Once known exclusively for its sweet wines, Tokaj has reinvented itself and is now also producing brilliant dry wines.

Afternoon: In route, we’ll stop at a jewel-box of a town, Eger, where time has seemingly stood still for centuries. There will be time to explore its beautifully preserved baroque buildings, walk to its hilltop fortress, or shop for reasonably priced local items. As this is a wine-making town, there will also be plenty of wines to sample. Continuing our journey easterly, we‘ll check into our castle-hotel in the Tokaj countryside.

Evening: There’s not a better way to kick off this tour than a visit to the vineyard of one of Hungary’s rock-star producers who has been making wine since 1502. From its hilltop location, you’ll quickly glean many elements related to the uniqueness of Tokaj’s terroir. Dinner tonight will be fit for royalty. In fact, this very special setting is where a King of Hungary was crowned.

Morning: Free time. Get a head start on the day by a workout in the castle’s fitness center, take a walk through the gardens or surrounding vineyards, enjoy a swim, or simply chill out. Late this morning, we’ll visit the cellars of our castle for a private tasting. Producing one of the best sparkling wines in the area, the castle also produces still dry as well as sweet wines.

Afternoon: Today we’ll venture to the nearby town of “Mad,” one of the epicenters of the district’s fine wine production. Boasting a hill with premium sun exposure, great drainage & volcanic soils, Mad is giving nearby Tokaj a run for its money in making both drop-dead gorgeous bone-dry as well as sweet wines.

Evening: Dinner will be at one of this wine district’s gastronomic shrines. Owned by a genius winemaking family, this uber-modern culinary workshop should turn your perception of Hungarian cooking on its ear. 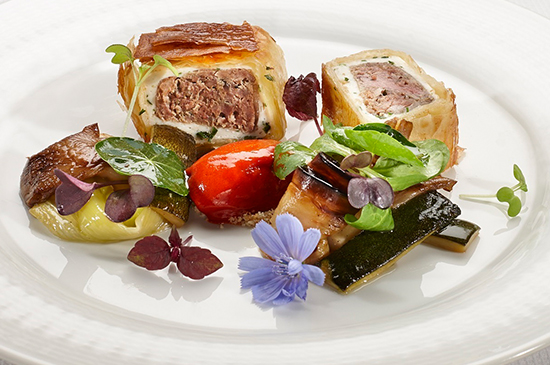 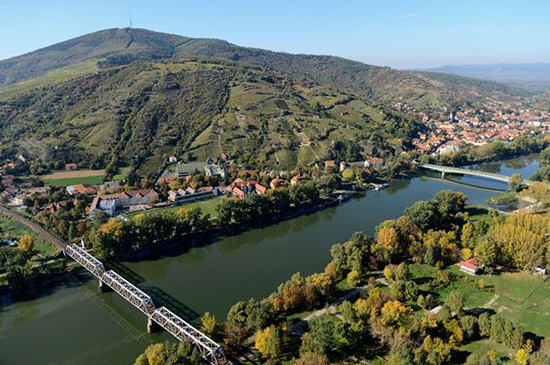 Morning: Late morning we’ll visit one of the few female winemakers in the country…and she is from France. Bordeaux trained, this wine guru and her husband have won countless awards from the international press for their dry whites & reds, along with some jaw-dropping sweets.

Afternoon: Now, on to the town of Tokaj where there will be free time to explore the wine-centric village. Then, a private tasting at another illustrious winemaker—this tasting will be in the garden of his home.

Evening: Tonight we’ll dine in the countryside at one of the area’s top wineries.

Afternoon: Our lunch stop is perfectly timed for one of the Hungary’s most ambitious wineries. Located near the Croatian border, this wine region owes its terroir in part to warm winds coming from the Adriatic Sea. Red clay soil and perfectly situated hillsides complete an idyllic terroir for the company’s award-winning reds. Next, we continue south to Villany, Hungary’s southern-most wine region. Soaked with sun, this is mega red country…think Bordeaux blends.

Evening:Tonight we’ll dine at the winery that scored higher than Bordeaux’s Chateau Petrus in a blind- tasting. 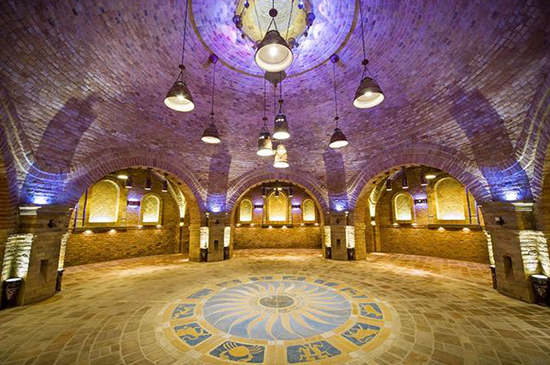 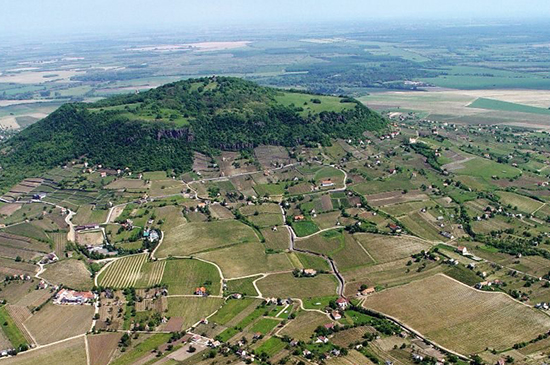 Morning: Free time to explore the village of Villany before the throngs of tourists from Budapest arrive for the harvest’s three-day weekend. We’ll also sneak in a late morning visit to another super-star producer.

Afternoon: We begin our journey toward Austria heading to our last wine area of Hungary. This one is tiny but very special. Ten million years ago it was an underwater volcano in a very shallow inland sea. The volcano erupted and today provides mineral-rich soil spewed deep from the earth’s strata. These soils contribute interesting minerality to the wine, as well as near-perfect drainage.

Evening: We’ll dine tonight with a spectacular vista of the vine-draped volcano.

Morning: We’re off to Austria, but just a stone’s throw across the border.

Afternoon: The trip’s first sip of Austrian wine will be at one of one of the country’s finest vintners. Voted as Austria’s best, this winemaker was the first to plant international grape varietals, and to then age them in French barrels. Our second tasting in the late afternoon will be at another stellar producer who is a Burgundy lover.

Evening: Dinner tonight will be regional specialties prepared in an atmospheric restaurant located on the charming town’s center square. 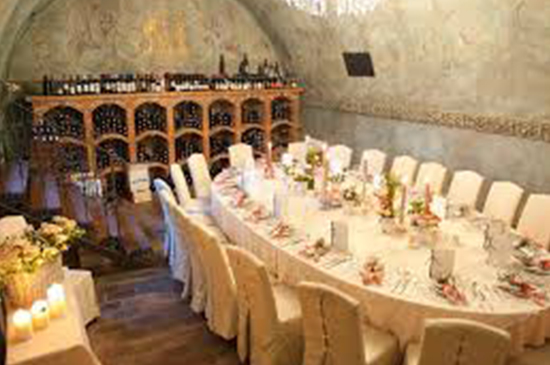 Morning/Afternoon: Most of the day is free. How about a walk? Rent a bike? Or, a visit to the lake that’s < a mile away? The town also offers a plethora of small wineries that you can visit at your leisure. Late today, however, we’ll enjoy a private tasting in the garden of the winemaker’s home, a Baroque 16th century mansion. BTW…these wines are remarkable.

Evening: Tonight we’ll dine in a beautiful setting with a specially prepared meal for Wine-Knows.

Morning: Next, we head to Austria’s most notable wine area, the Wachau. Located along the spectacular Danube River, this is dry, complex, white wine country…home to ethereal Gruner Veltliners and some earth-shaking dry Rieslings.

Afternoon: Our lunch stop will be at a boutique winery where the entire family is involved in the business. From the winery’s hilltop location, we’ll begin to learn about how over millions of years the Danube gorged its winding waterway through granite creating an extremely diverse geological terrain. Next, we’ll check into our historic hotel located right on the Danube.

Evening: It’s only fitting that our introductory dinner to this glorious wine region will be at one of its culinary gems. Recently opened, this gastronomic star is owned by a mover-and-shaker winemaking family. 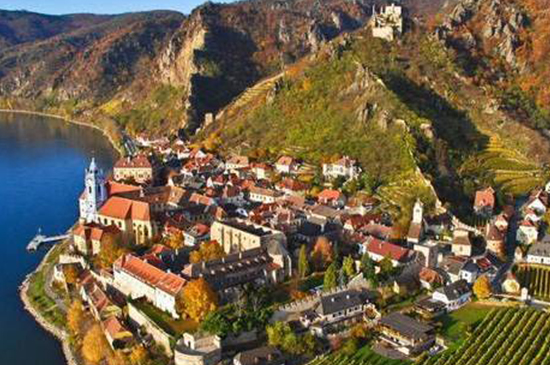 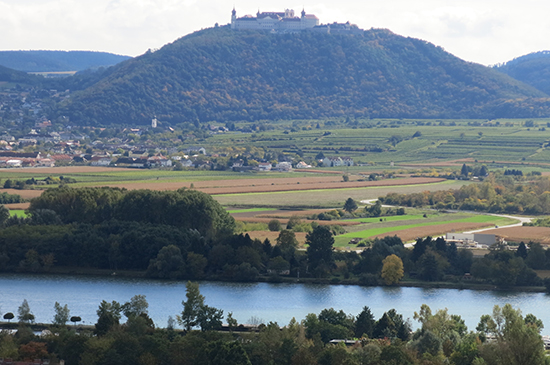 Morning: Free time. There’s an invigorating walk uphill to a castle above our village where views of the Danube are mesmerizing.

Afternoon: Today we visit the Wachau Valley’s most renowned cultural site. A UNESCO World Heritage property, Gottweig Monastery was established in 1094. After the tour, we’ll lunch on the terrace with spell-binding views of the Danube and vine-clad hills in every direction. A late afternoon tasting will be held at a producer whose family has been producing wines since the 19th century. Get ready for the earth to move.

Noon: We’ve saved some of our favorite wineries for the last. We’ll start off with a tasting at a winery whose family has been producing wines for >200 years. Their vineyards are world-famous, and are their wines are beloved by wine critics around the globe.

Afternoon: Free time for lunch in the story-book Danube village of Krems. Then, a tasting at another legend in the wine industry whose family had been in the wine business for four generations. Their dramatic vertical vineyards are some the priciest real estate around… and their wines are dazzling.

Evening: Our farewell dining event will be held in a private castle that produces stellar wines. 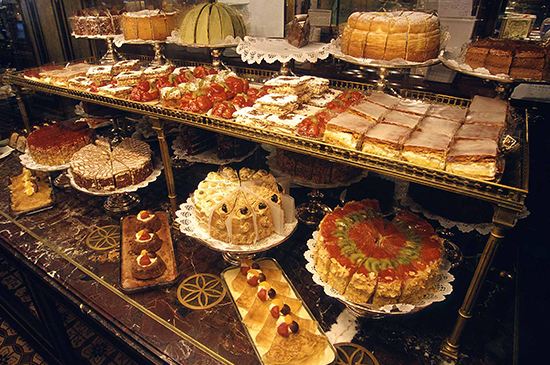 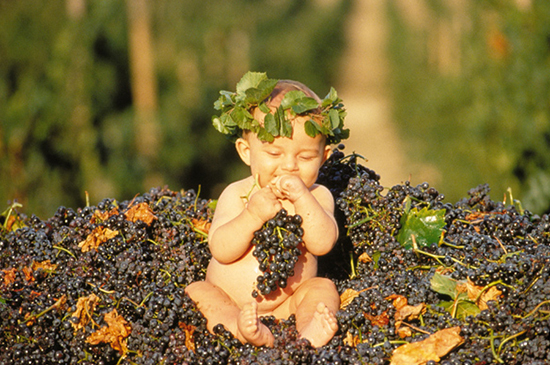 Morning: The trip ends officially after breakfast. The town in which we are finishing is located <50 miles west of Vienna. Transport to downtown Vienna (or to the Vienna airport) can be arranged.

How do I meet up with the group?

The tour begins in downtown Budapest approximately 9am on September 20, 2018. Pickup will be at a hotel in the center. It is strongly advised that all participants arrive in Budapest at least the day before to avoid any missed connections with the group. Wine-Knows will be happy to arrange early arrival accommodations.

Group airfare has purposefully not been included to allow maximum flexibility in arrival & departure options. This means that travelers may go both early as well as stay over after the trip concludes. Wine-Knows Travel, Inc. provides land only arrangements and does not provide airfare.

What accommodations will be used?

One of the hallmarks of Wine-Knows’ brand is seeking out those oh-so-special places to stay. We look for historical properties that not only offer Old World charm but the latest in 21st century creature comforts and excellent service. Lodging on this trip will include a castle, wine-spa inn, beautifully appointed B&B, former monastery on the banks of the Danube, as well as a Napa Valley-like modern wine resort. Details are as follows:

What culinary experiences will be offered?

Dining experiences have been mindfully selected. Meals will be special culinary events, ranging from sophisticated restaurants to country inns. Several will be private dining experiences in spots such as an exclusive wine cellar and a private castle. Foods will offer a depth and breadth of Hungary & Austria’s gastronomic offerings ranging from haute cuisine to home-style cooking.

What are the mobility and physical requirements of this trip?

Participants must be in good physical health and be able to keep up with the pace of the group. The tour often requires climbing two or more flights of stairs in wineries, walking distances of up to 3/4 mile (1200 meters) at a moderate gait, and negotiating cobble-stone streets and other irregular surfaces including dirt, gravel and/or wet surfaces.

Participants will be required to carry their own hand luggage and personal items. Concerns over any aspect of the tour’s physical requirements should be addressed with Wine Knows before placing the trip deposit.

What clothing should I bring?

The tour will be business casual. Men need to bring a sport coat (tie optional) for the more formal evenings, & women should plan a similar level of attire (cocktail dress or fancy pantsuit). Bring non-skid shoes for visits to wineries…floors may be wet & filled with a variety of equipment which can cause safety hazards. Pack a sweater or light jacket for cool days or evenings. Also, pack a swimsuit as several of our hotels have a pool and/or a spa.

What are my options as a single traveler?

The price is based upon double occupancy. Should you wish a single room there will be a supplement of $1054 US.

What type of weather should be expected?

Mid-late September averages in the high 60’s during the day. That being said, daytime temperatures can fluctuate upward to nearly 80 degrees. Nights can be cooler as we get closer to October. While rain is not normal at this time of year, it is always a good idea to pack an umbrella or rain jacket.

How much free time is available?

We have provided free time as detailed in the itinerary. It is not mandatory that you attend all of the planned experiences, although most of our clients do. This is your trip—if you would rather sleep in, shop, or simply chill out, then do so.

Do you accept credit cards?

Yes. We accept payment through PayPal (PayPal.com). Since PayPal charges us a fee, this fee must be added to the cost of the trip. 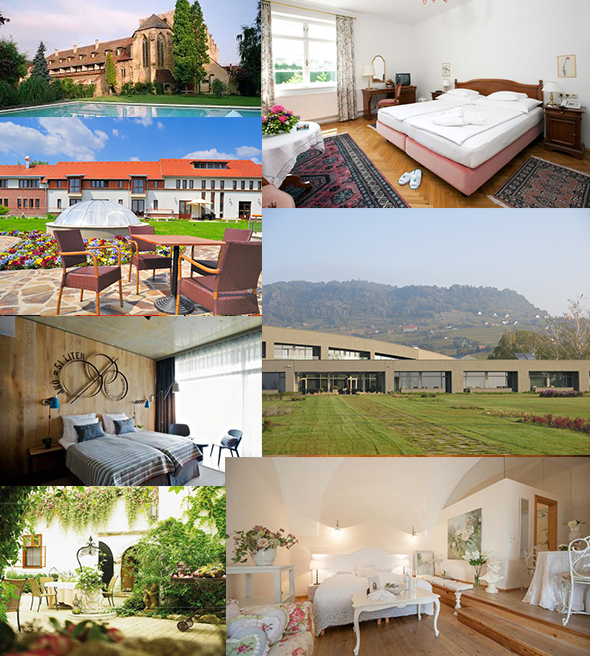 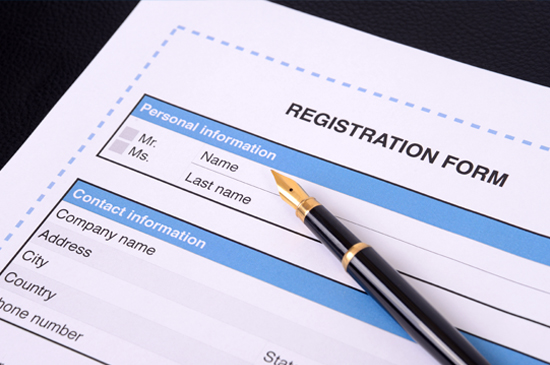